Internet of Things technology does something that was difficult to do until recently — it seamlessly bridges the gap between the Internet and “real life” objects. This task requires special skills and knowledge that take time and dedication to acquire. Hiring just any developer to figure the technology out simply won’t do. So the question is: how do you find “the one”?

What Skills Should You Look for in an IoT Development Team?

When hiring your Internet of Things development team, be aware that there is a particular set of skills required. These can be possessed by various people in the team, but all of them must be represented:

What Does It Cost to Hire an IoT Developer?

Another important consideration when hiring your Internet of Thing developer is how much this process will cost. Obviously, salaries vary depending on the experience, skills, and even the location of your developer, but you can still search for a price that best suits your business.

Typically, skilled IoT software developers earn one-third more than software developers in other fields. The difference is due to the much higher requirements for IoT developers: they need deep expertise within multiple areas of technology, including various programming languages, middleware, IoT cloud providers, APIs, and sometimes even hardware.

You can compare software developers’ salaries in various countries with this comparison provided by PayScale. Unfortunately, there are no international salary reports specifically for IoT software developers. Since IoT developers possess additional skills, the exact numbers may not be accurate, but you can see the average differences among their rates below: 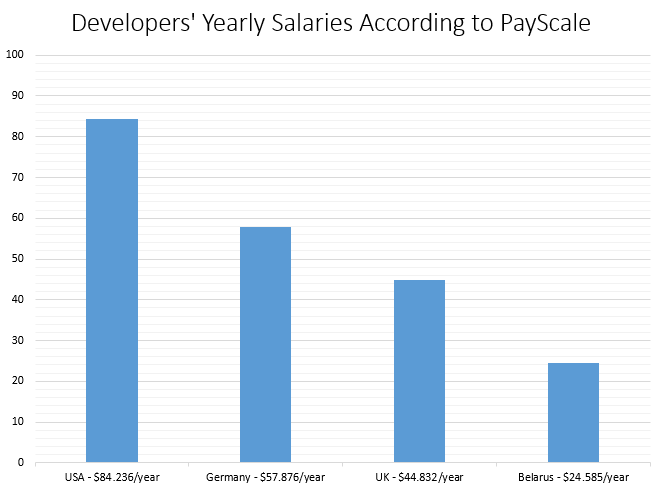 Numbers show that the most cost-efficient Internet of Things developers can be hired in Belarus. You might save almost $60,000 a year hiring one of them instead of a specialist from the USA.

How Should I Go About Hiring an IoT Developer?

There are actually two ways to find Internet of Things developers: you can look for freelance workers or get an outsourcing team. Each approach has its pros and cons. Let’s review those:

If you decide to work with a freelance IoT specialist, you can save a lot of money, since there are no middle-men: just the developer and you managing the IoT project. To find freelance developers, you can visit freelancing websites like:

Freelancing the project offers the flexibility you can’t expect from any outsource software company. But there are major downsides, and they can be costly. For example, nobody can guarantee that the freelancer won’t drop out of the project, or leak sensitive information.

Want to build a software solution?

We are putting our expertise to work to deliver a sophisticated solution.

Going with outsourcing companies is a safer option. You can find IoT developers’ listings here:

When you work with a custom software company, you get not only a team of developers involved directly in the project, but also PMs, BAs, designers, testers, and others who will help you make the most of your IoT idea. Your information is protected by an NDA, and you get trusted professionals not only developing but also managing your project and consulting you on it. You can also get dedicated IoT developers who will be working under your supervision.

How to Select an IoT Developer 101

Choosing the right Internet of Things developer means ensuring the best experience working on a project. It’s not easy to find the right one, but it’s possible if certain precautions are taken.

First, define the skills essential to the IoT developer for your project, to choose the most qualified one. Then, learn how much a developer/team with a particular set of skills will cost, to make sure that you won’t be over- or underpaying. Finally, decide who you would prefer to hire for your project — a freelancer or an outsourcing company.

Don’t Do These 5 Things When Outsourcing Product Development 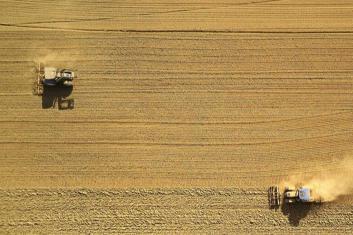 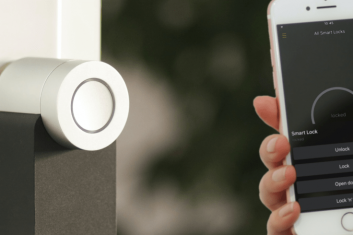 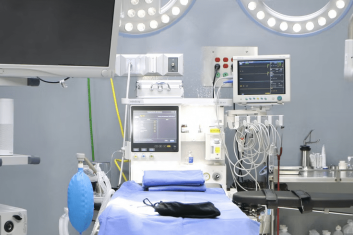