The software helps manage whole factories and large retail stores using smartphones and computers. Apart from such hefty tasks, the software allows us to do more trivial things with ease — for instance, calling a cab or ordering a pizza.

The process of developing software may differ greatly as to complexity, specifications, time and budget constraints, the composition of the development team and its members’ skills, as well as the client’s needs. Different development methodologies may be needed, depending on all of those factors. Let’s review several common models.

The Waterfall methodology represents a linear approach to software development. The development team applies Waterfall when it is working on a simple project that doesn’t require many stages.

In the Waterfall methodology, the process of software development is described as a chain of successive steps.

There is no jumping back and forth between stages. Developers move on to the next stage only when the previous one is finished. 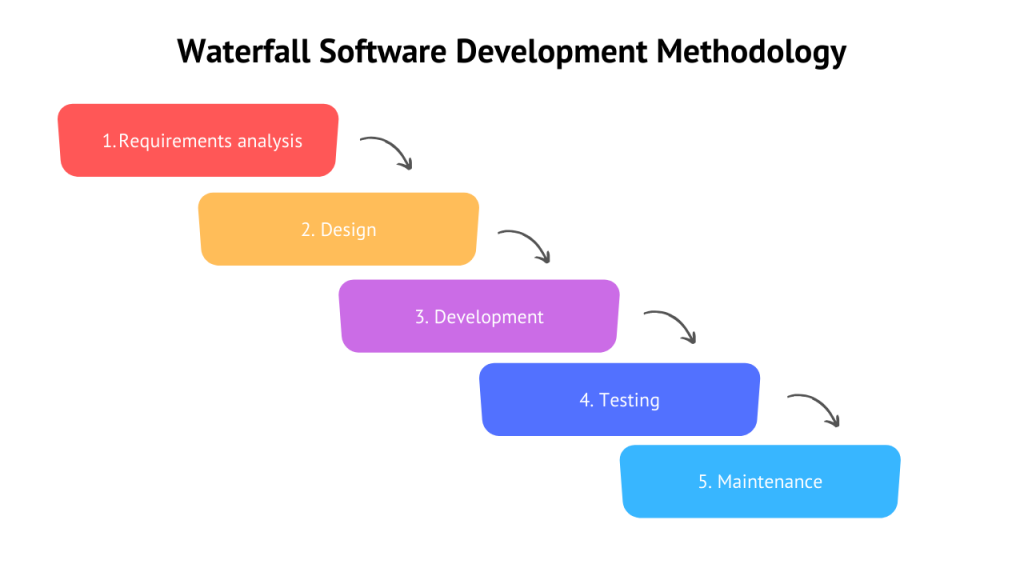 As you can see, the Waterfall model is pretty straightforward. However, this algorithm is suitable only for a simple software, where the requirements will not change. 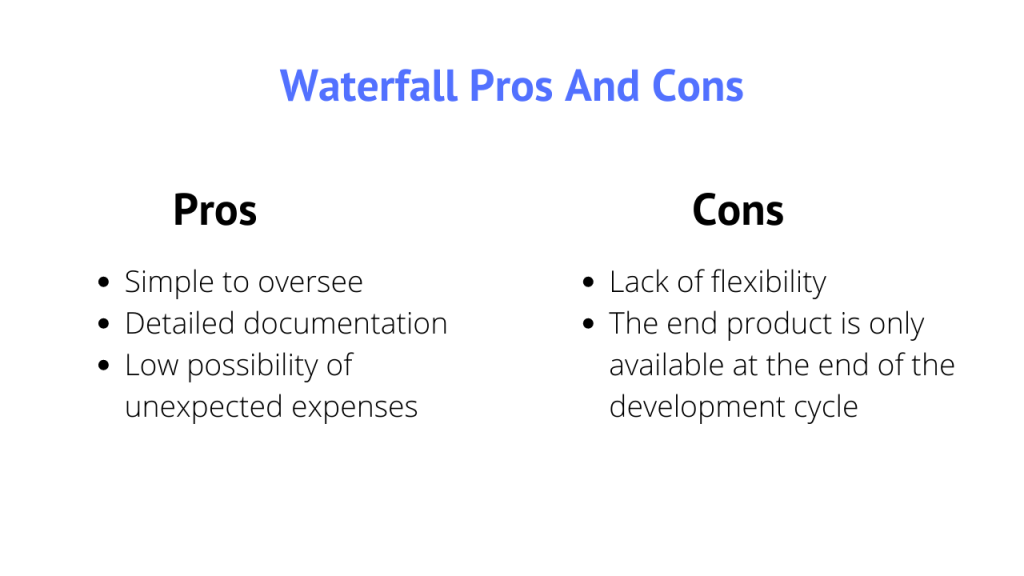 Advantages and disadvantages of Waterfall

When it comes to developing more complex software with many aspects, we need a more sophisticated approach.

The Scrum model is a must for developers working on complex software projects. Many things can go wrong during a project with many peculiarities, and the best approach here is to divide the development process into phases.

That’s what Scrum methodology offers. Each phase can be completed and reviewed separately, and changes can be introduced as needed. 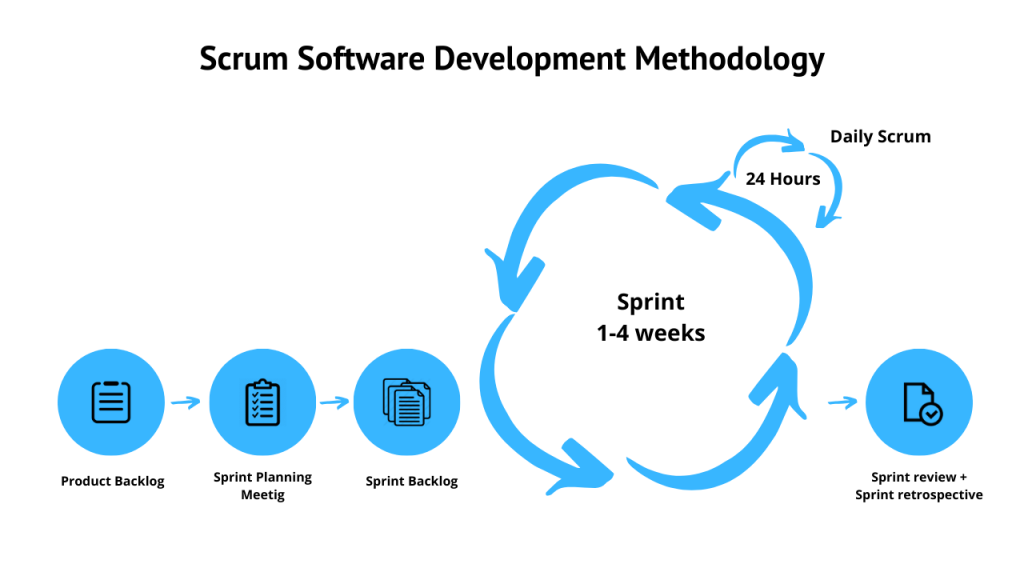 In Scrum, role breakdown is a bit different from the Waterfall model. In addition to regular roles such as Project Manager, Developer, and QA Tester, there are additional twists, such as:

A product backlog is a document that contains the features of the future software product. Each feature has its place, based on agreed priority. It has its own ID, and it is usually called the User Story.

The base unit of Scrum methodology is the Sprint — a period of one to four weeks during which a piece of work is to be accomplished.

Before the Sprint begins, the development team does Sprint planning and compiles a Sprint backlog.

Want to build your software solution?

We are ready to provide our skilled pofessionals to develop your ideal product.

The first task is to determine how long the Sprint will last. If the development team opts for a shorter Sprint, it will be able to release software updates and work on bug fixes quicker. On the other hand, taking the time to work on a certain task will result in a much more stable product.

After the Sprint duration is chosen — say, one week — the Scrum team decides on the most important User Stories to work on. Those User Stories are registered in the Sprint Backlog. The number of stories in the backlog depends on the duration of the particular Sprint.

Having finished the Sprint Backlog, it’s time to start working on User Stories. During the Sprint, there is a daily Scrum meeting, at which team members describe their progress by answering the questions:

The daily Scrum meeting is a convenient way for a Scrum Master to keep tabs on everybody’s work. If unexpected obstacles have arisen, the Scrum Master will be able to deal with them quickly and adjust strategy within the Sprint.

At this stage, the testers come into play, checking for bugs and errors, so that the developers can polish the product. After that, the team demonstrates the product to the Product Owner, who decides on further changes to the software.

Sprint Retrospective and Next Sprint Planning

At the end of the Sprint, the programmers engage in a Sprint Retrospective, where they discuss the results of their work, assessing its strengths and weaknesses.

Based on the Sprint Retrospective, the strategy for ongoing development can be adjusted. Then the cycle repeats with planning for the next Sprint session.

There you have it  — Scrum software development methodology. Its structure is easy to comprehend and learn, and it allows for handling complex software projects. 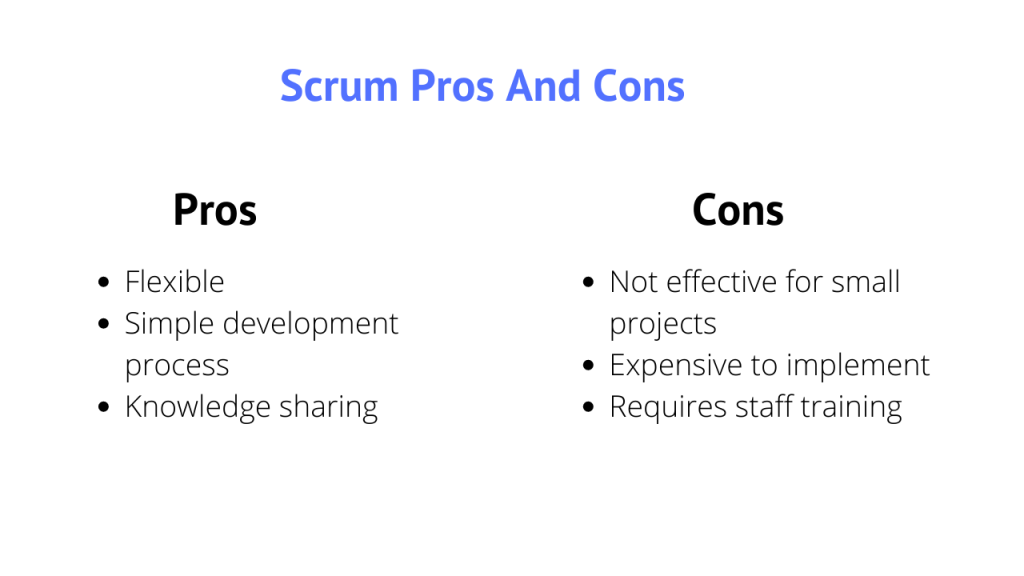 Advantages and disadvantages of Scrum

The advantages of this pattern include time-effectiveness and agility. Workflow can be adjusted during the software development process, and it is simple to grasp. At the end of each Sprint, the team has a more or less finished product, which is also beneficial.

But Scrum relies on having a versatile team that is capable of self-organization, which can solve problems without extensive coordination. If the team can’t do that, the Scrum won’t work. So the company has to make sure to hire skilled and experienced developers or spend money on training their staff.

In most of our projects we rely on Scrum Methodology. Since we deal with big and complex projects, we appreciate the ability to divide our work in Sprints, keep tabs on everyone’s work, and find and eliminate problems as soon as possible.

Apart from Waterfall and Scrum methodologies, the development team can also follow Spiral and Iterative software development models. Those also can be useful for tackling projects of various degrees of complexity. 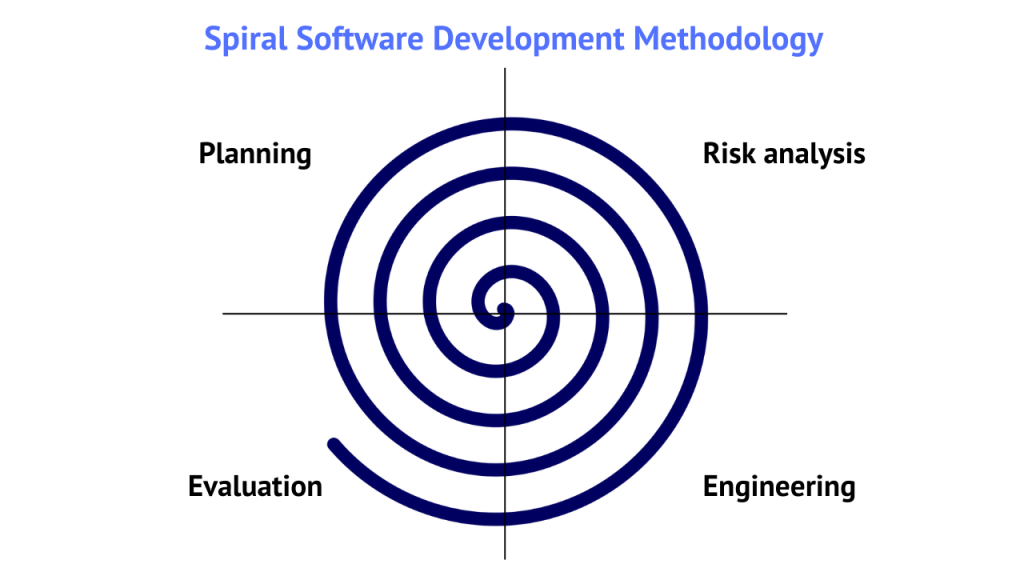 The Spiral software development methodology is suitable for large-scale projects that might require thorough risk management. It consists of four phases:

Such an approach to the development process allows for handling large-scale projects; it is also easy to monitor, adjustable to the client’s changing needs, fast, and cost-effective. Also, the risk management approach helps to avoid undue risk and create reliable software.

But it also can get expensive quickly — if the project is large, the spirals may go on and on. Documentation can be hard to grasp, due to the repeating stages. Also, continuous spirals may prolong the project development process.

The Iterative methodology is much more time-effective than the Spiral model. The advantage is that the developers do not need a full product specification before they start building the software.

The developers start designing and coding a certain part of the software and then return to specifications for the next part. 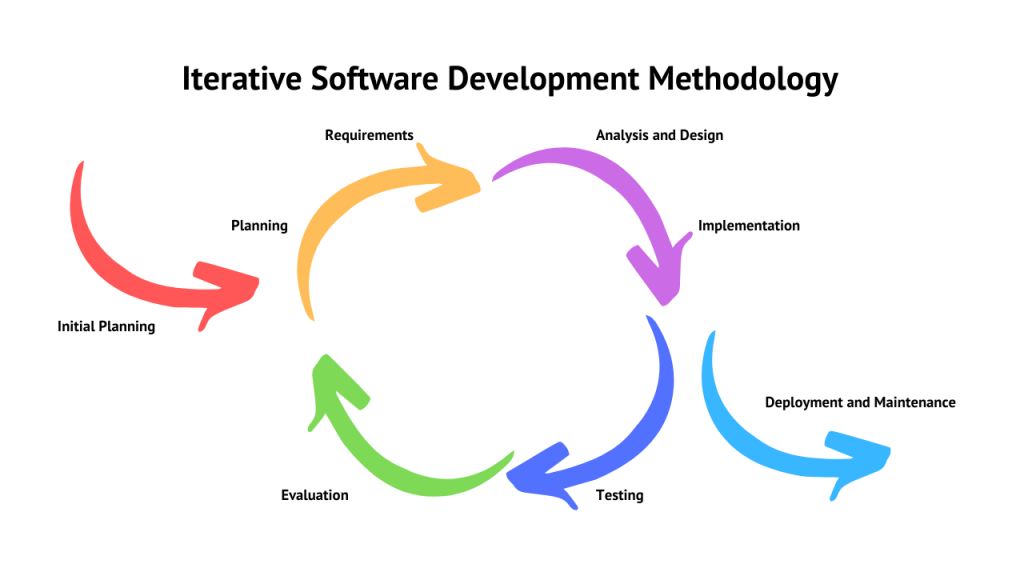 The iterative methodology allows developers to catch bugs and fix them fast. Also, they spend less time writing documentation and more time actually working on a project. Since the development process is modular, it is really easy to adjust.

But Iterative development makes it hard to pinpoint the date of product deployment: the more issues developers come across, the more time and cycles they need to work on them. That may result in unexpected expenses.

The process of software development and software reengineering will fall apart if it’s not monitored and controlled. There must be a certain succession of steps, which requires constant communication and evaluation of each decision.

For more or less straightforward projects, Waterfall is the best. It is easy to understand, has fixed time scales and requirements, and should not incur any unexpected expenses. The downside is that it is not flexible and is hard to apply to large-scale projects.

For complex projects, we have a Scrum methodology. It is extremely agile and cost-effective if the development team knows how to apply it. The development team can identify issues and solve them as fast as possible before the product is finished. 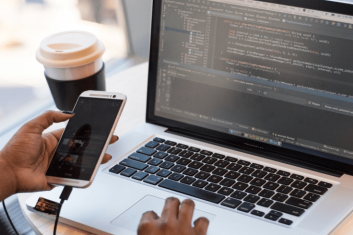